Crisis at Colombia-Venezuela border as Venezuelans migrants are prevented from entering their country: Pope donates food

Due to the economic difficulties resulting from the pandemic, many Venezuelans who had migrated to Colombia are returning to their country. Not all of them are allowed to enter. 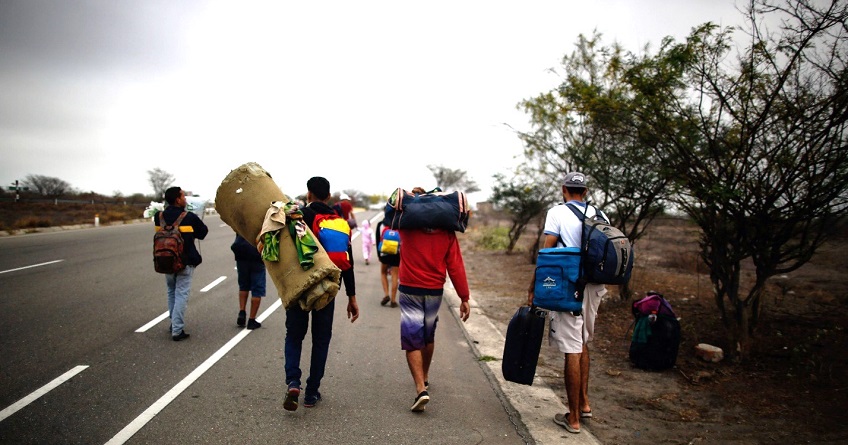 Cucuta (August 26, 2020 8:00pm Gaudium Press) Venezuelans who had migrated to Colombia are returning to their country due to the economic difficulties resulting from the pandemic. Not all of them are allowed to enter.

In the past days, it is common to see on the Colombian roads groups of individuals and sometimes entire families of Venezuelans heading to the borders with their country.

But entering Venezuela, a country devastated by various crises, is not being easy for them either.

At the city of Cúcuta, the main border crossing between Colombia and Venezuela, Venezuelan authorities only allow the entry of 200 Venezuelans a day. At times, not even this: the maximum weekly entry quota is 1,000 people a week, that is, around 150 people per day. However, the daily numbers of arrivals varies from  200 to 300 people resulting in ever increasing numbers of migrants unable to return to their country.

Two and a half tons of food distributed

On August 24, the diocese of Cúcuta  distributed two and a half tons of food, thanks to the help of Pope Francisco, in an attempt to relief the migrant’s situation, who are using improvised shelters, often in the most precarious conditions.

The bishop of Cúcuta, Monsignor Victor Manuel Ochoa Cadavid, has asked the inhabitants of this border area to raise their voice in prayer, imploring God to watch over these families, guiding the rulers so that they will find an adequate response to the needs of Venezuelan migrants.

He also appealed to the Christian charity of the Colombians: “Despite the harsh economic situation that we are experiencing today, even in our diocese, we will not cease to exercise charity towards our migrant brothers and sisters,” the bishop said, “because the love of Christ impels us”.