Meek as doves, shrewd as snakes

It is not about Vendetta, Anonymous, or the masked men of the Paper House. 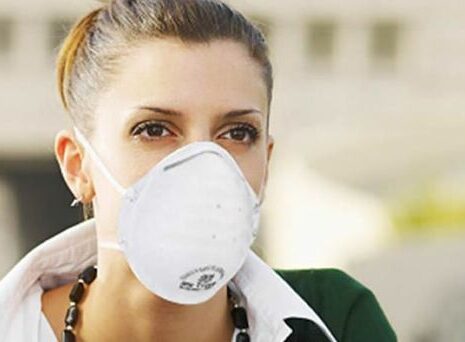 Newsdesk (August 25, 2020, Gaudium Press) —  This is not Vendetta, Anonymous, or the masked men of the Paper House.

The simple act of walking around with half of our faces mutilated by a surgical mask while trying to prevent a mysterious virus from attacking us has proven to be a means of controlling public opinion in the face of a real emergency.

The results are obvious

The result is obvious and cannot be hidden. You can no longer recognize your friends on the street, even when the authorities let them out. Worst of all, the churches have been closed and the sacraments are limited.  After a depressing Holy Week and Easter, one fears that Christmas may be interrupted or definitely transformed into a totally secular and worldly holiday.

One of the restrictions present in many church protocols is that one cannot even socialize in the lobby or around the church after Mass. This is a habit of all parishioners who want to preserve a good sense of community. This one-on-one contact is now considered a deadly risk. We are becoming increasingly distant from each other without being able to foresee or calculate the implications.

Will we stop loving, appreciating and esteeming each other? Will this create in us an overwhelming need to re-socialize? Will this prepare us for a new kind of popular solidarity based on new cultural norms?

We will be capable of responding to this at a time when we will have to resume co-existence. if we are ever allowed to do so again. Perhaps a few will notice the change, others will simply not care and adapt. And some will be left out, not knowing who to approach as they used to besides their pets.

It is impossible to deny a remarkable change in public consciousness. Obviously, there have been reactions, but they remain a puzzle because we do not know where they will lead. Apparently, there may be surprises. Some of them may be painful, at least for those who notice that the new state of things is mainly against Christianity. In fact, during the world quarantine, there has been an explosion of hatred against Catholics and public manifestations of satanic cults.

Of course, there must be many people who have not registered this kind of news. They are immersed in Netflix, YouTube, free online games, and waiting for a delivery. They are the usual carefree people. They never had catechism lessons, or no longer expect Eternal Life or Redemption.

It seems that for a long time humanity, especially Western Christians, have been prepared for these events from which only God’s grace can protect us. And this is precisely what we must implore with the humble heart of the Canaanite woman and an ever-vigilant intelligence. We must not irrationally embark on the first political proposal, however attractive it may be. So that one day we will recognize ourselves simply for having kept the same faith in the storm.

This reminds us of the story of the alert Japanese Catholics of the early 19th century who were as meek as doves and as cunning as snakes. They watched the missionaries return after being expelled by the Emperor, on the ill advice of the English and Dutch Protestants. They quizzed the religious with the following questions from the Creed:

-Do you believe in God, Father Almighty?

– Yes, the  priest would answer;

-and in Jesus Christ, born of the Virgin Mary?

-And in the Holy Catholic Church?

-Also, they would reply.

At this point, the persecuted Catholics who had kept the faith hidden for two centuries without Mass or sacraments would finally say:  “Then, your heart is like ours”.  And so the church rose up once again in the Far East. Perhaps it was because of them that in 1973 the image of Our Lady of Akita miraculously displayed tears, stigmata and messages.

Let us hope that their example may not be forgotten by the few Catholics left in that country; and that the pandemic will not distract from worship, as it has also done with so many Latin Americans.