The Pope reflected on the reading of the 1st book of Kings concerning Elijah the Tesbite, continuing his catechesis on prayer. 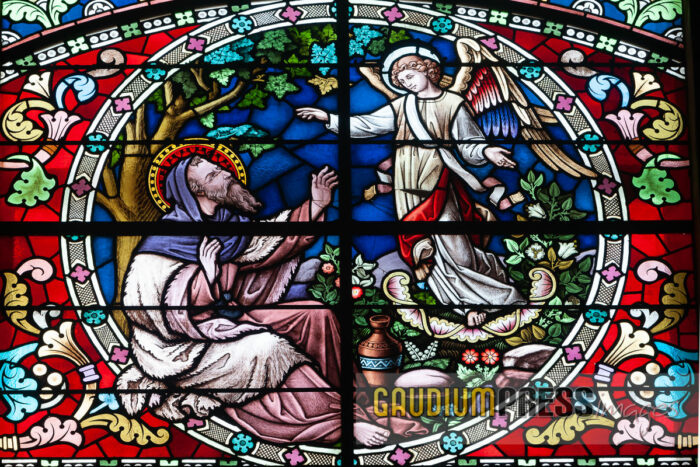 Rome (October 8, 2020 12:10 pm Gaudium Press) — Yesterday, during his catechesis at the Paul VI Audience Hall, Pope Francis delved into one of the most interesting figures of Scripture: the prophet Elijah. The Pope commented on the reading of the First Book of Kings concerning Elijah the Tesbite, as a continuation of his catechesis on prayer.

Elijah, “goes beyond the confines of his time, and we can also see his presence in some episodes of the Gospel”, since he appears together with Moses with the Lord in the Transfiguration, and is mentioned by Christ to credit the figure of the Baptist. Elijah, who “appears suddenly” in Sacred History, “in a mysterious way, coming from a small village that is completely marginal”. “And in the end, he leaves the scene, under the eyes of the disciple Elisha, on a chariot of fire that takes him to heaven”, noted the Pope.

Elijah the prophet, “a man of crystalline faith”, is a man of integrity, who does not sign petty agreements. He is put to a harsh test and remains faithful. He is an example of all “people of faith who know temptation and suffering, but do not fail to live up to the ideal for which they were born.”.

A man of prayer

The Pontiff emphasized the role of prayer in St. Elijah: “Prayer is the lifeblood that constantly nourishes his existence. For this reason, he is one of those dearests to the monastic tradition, so much so that some have elected him as the spiritual father of the life consecrated to God. Elijah is the man of God, who stands as a defender of the primacy of the Most High. And yet, he too is forced to come to terms with his own frailties.”

Elijah was a man who knew how to combine contemplative and active life; he was a contemplative who did not ignore concrete situations of his time; he knew how to face a wicked king and queen, who had Naboth murdered to steal his vineyard. Elijah is an example for Christians, who must act with zeal in face of their leaders.

Thus, said the Pope, “he shows us that there should be no dichotomy in the life of those who pray: one stands before the Lord and goes towards the brothers to whom He sends us. Prayer is not about locking oneself up with the Lord to make one’s soul appear beautiful: no, this is not prayer, this is false prayer. Prayer is a confrontation with God and letting oneself be sent to serve one’s brothers and sisters. The proof of prayer is the real love of one’s neighbour. And vice versa: believers act in the world after having first kept silent and prayed; otherwise, their action is impulsive, it is devoid of discernment, it is rushing without a destination”.

“This is the story of Elijah, but it seems written for all of us. In some evenings we can feel useless and lonely. It is then that prayer will come and knock on the door of our hearts,” said the Pontiff.