Gaudium news Pope Francis: The wages of the workers in the vineyard consist of God’s abundant grace

At the Angelus on Sunday, the Pope explained the Gospel of the day. 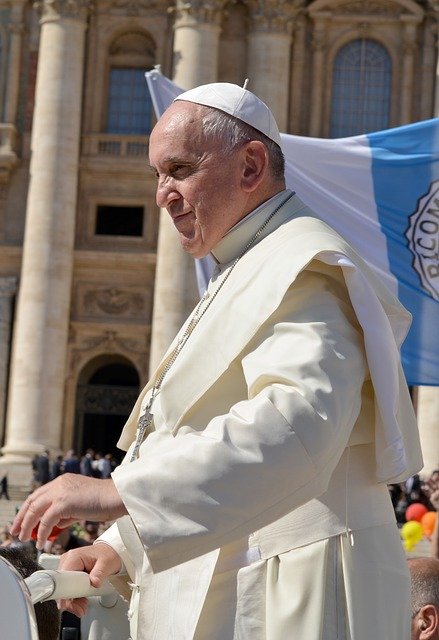 Rome (September 23, 2020, Gaudium Press) — At the Angelus last Sunday, the Pontiff discussed the parable of the workers called to work in the vineyard at different times.

In this reading (Mt 20:1-16), Jesus tells the disciples a parable. He compares the Kingdom of Heaven to a man who goes out to hire workers to work in the vineyard.

Some he hires early, others at noon, and still others in the evening. He paid them all the same; and to the claim of those who had worked since morning, the master of the vineyard replied that he had not been unjust to them but generous to the late workers, as a token of his goodness.

However, Jesus ends with a mysterious phrase: “The last will be first, and the first will be last”.

It is moving to see the image – said the Pope – of this owner who goes out several times to the square to look for workers for his vineyard… At six, nine, twelve, three and five o’clock in the afternoon. This “owner represents God who calls everyone and calls always, at any hour,” said the Pope, emphasizing that our heavenly Father acts this way also today: “He continues to call anyone, at whatever hour, to invite them to work in His Kingdom. This is God’s style, which in our turn we are called to receive and to imitate. He does not stay shut in within His world, but “goes out”: (…)He continually seeks out people, because He does not want anyone to be excluded from His loving plan.

In imitation of the Lord of the vineyard who is the symbol of Jesus, it is necessary “It means being open to horizons in life that offer hope to those stationed on the existential peripheries, who have not yet experienced, or have lost, the strength and the light that comes with meeting Christ.”

Francis stated that God “wants to give the maximum pay to everyone, even to those who arrived last (vv. 8-15).  In this way, it is understood that Jesus is not speaking about work and just wages  but about the Kingdom of God and the goodness of the heavenly Father.”

The Lord “does not look at the time and at the results, but at the availability, He looks at the generosity with which we put ourselves at His service.”

Salary as a symbol of grace

The action of the Lord of the vineyard “is more than just, in the sense that it goes beyond justice and is manifested in Grace. Giving us Grace, He bestows on us more than what we merit. And so, those who reason using human logic, that is, the logic of the merits acquired through one’s own greatness, from being first, find themselves last. Instead, those who humbly entrust themselves to the Father’s mercy, from being last – like the Good Thief – find themselves first, the Pontiff pointed out.

The Pope concluded asking Our Lady to “help us to feel every day the joy and wonder of being called by God to work for Him, in His field which is the world, in His vineyard which is the Church. And to have as our only recompense His love, friendship with Jesus.