Gaudium news Saint Bruno: a young genius, founder of the Carthusians, the Pope of the Crusades was his student

Saint Bruno: a young genius, founder of the Carthusians, the Pope of the Crusades was his student 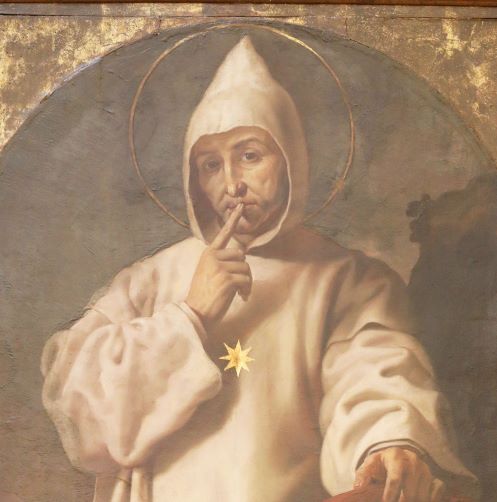 Newsdesk (October 6, 2020, Gaudium Press) — Saint Bruno of Cologne, or Saint Bruno of Calabria, began his life around the year 1030, blessed with unique erudition and outstanding gifts.

When he was still a child, Bruno went to Reims to complete his studies, attracted by the fame of Herriman, the headmaster of the episcopal school.

After obtaining first place in all the studies, as soon as he graduated, he became a teacher. And as a teacher, he became famous. But an already virtuous man, Bruno was not misled by fame.

Shunning the corruption of his time, especially simony (the sale of sacred things), and equally horrified by heresy, he returned to Cologne, became a priest, and devoted himself to the evangelization of the people.

He returns to Reims, to higher honours.

However, in Reims, they did not forget about the man who had left Cologne. Archbishop Gervase, who wanted to reform his diocese, summoned him, reinstated him as a professor, made him chancellor of the diocese, and the head of education. As a teacher, he formed two saints: Saint Hugh, Bishop of Grenoble, and the Blessed Urban II, the pope who proclaimed the Crusades.

From his high position in Reims, he enlightened the people and the clergy with his holiness. He preached the love of virtue and the horror of sin. He taught that sin was a passport to hell.

One day, his protector died, and Bishop Manasseh was elected to succeed Gervase. A man of intrigues and tricks, the new Bishop was notorious for leading an infamous life. Saint Bruno stood against such scandals. He appealed to the Pope’s will and called for a council in Autun, which condemned Manasseh and forced him to leave his post. He died in oblivion.

When he turned 40, Bruno and six companions, decided to abandon his ecclesiastical “career” and headed to Grenoble where his former student Hugh was the bishop.

Along the way, he had a dream while resting on a pillar. He dreamt that three angels appeared to him, proclaiming that God was walking by his side protecting his work. That same night, Bishop Hugh dreamt he was taken to a lonely, wild place of his diocese. There he saw a temple being built and seven stars falling from the sky. That was God’s way of announcing the arrival of Saint Bruno and his six companions.

Foundation of the Chartreuse

When they arrived, Saint Hugh put a white habit on them and took them to the place he had seen at night: it was the wilderness of the Chartreuse, which would give the name to the order founded by Saint Bruno: the Carthusians.

Saint Bruno’s idea was to live in isolation like the first desert hermits, with some aspects of community life. Their penances and fasts were hard, their poverty not small, especially in matters of food. The only acts in common were the prayer of Matins at midnight, Holy Mass, and Vespers in the afternoon. As per the rest, they devoted themselves to work in their gardens and orchards, to personal prayer, and to transcribe old books.

Faithful to his dream, Bishop Hugh helped build the Carthusian church and also helped in the construction of cells for the monks. And so, the Carthusians, with Saint Bruno as their director, spent the first years of their monastic experience.

One day, one of his worthy disciples (who was already Pope), sent for him. Urban II reported that Emperor Henry IV had promoted the election of an antipope, causing a schism. So he needed his help.

Saint Bruno, who feared that the monastery would dissolve if he left his disciples alone in the Chartreuse, carried out the papal order. But the six of them followed their founder because they felt they had no leader. Even though Urban II provided them with a suitable place to stay, as they tried to maintain the life they had in the Chartreuse of France, the monks realized that in the noisy and grandiose Rome, they would never find the isolation their vocation required. So they decided to return to France, always nourished through letters sent by Saint Bruno, who had to stay in Rome.

Saint Peter appeared one day to preserve the Carthusians

One day, as the monks were discouraged, an old man appeared to them and cleared up all their doubts, telling them that the Virgin was watching over their work. She would be the support of all their undertakings. The monks concluded that it had been St. Peter himself, the one sent from heaven to strengthen the work.

And there were always monks there, until 1903, a year of anticatholic persecution. The monks returned after World War II and they are at the Chartreuse until today.

Meanwhile, in Rome, Saint Bruno had kept a strong attraction for his life of seclusion. One day Urban II, at the request of the people, wanted to make him Archbishop of Reggio Calabria, but the saint told him that he longed for solitude to be in union with God. Eventually, the Pope agreed to his request, but only allowed him to remain in a secluded place near Rome, not far from him.

There St. Bruno founded, with new disciples, the second Carthusian monastery in a valley of Calabria.

There he led a life of prayer and contemplation, writing his commentaries to the Holy Scriptures, to the Book of Psalms, and to the Epistles of St Paul.

Finally, in the company of his spiritual sons, he died on October 6, 1101.