Saint Pius V did not need the mail to inform him: a vision showed him that the Christians had won the battle where the future of Christianity was being decided. He instituted the feast of Our Lady of the Rosary. 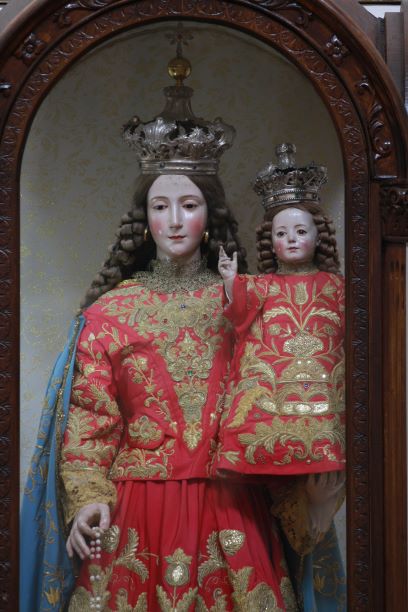 Newsdesk (October 7, 2020, Gaudium Press) — Today, the Catholic world commemorates with great joy the Feast of Our Lady of the Rosary.

Let us remember that Our Lady taught Saint Dominic of Guzman, around the year 1208. The recitation of the rosary was the way to convert many souls and to fight effectively against the Albigensian heresy in southern France.

In fact, the reason why today we are celebrating this invocation is related to a historical event: the future of Christendom depended on it.

It was Pope Saint Pius V, a spiritual son of Saint Dominic, who assembled the Christian kings to defend Europe from the Turkish threat.

However, only a few kings responded to his call, given the divisions and struggles that separated them. Eventually, the great and earnest Philip II of Spain offered troops and ships commanded by his half-brother, Don Juan of Austria. They joined the forces of Genoa, Venice, and the Papal States. However, the Turks had assembled a powerful and strong fleet.

As Saint Dominic of Guzman and his army prayed the rosary before one of the main battles against the Albigensians, so did the soldiers before the Battle of Lepanto.

On October 7, 1571, the two fleets faced each other in the Gulf of Corinth. At that moment, Saint Pius V was also praying the rosary. The battle lasted endless hours; ‘mysterious’ events occurred during the journey, such as sudden changes of wind. Also, as some Muslim chronicles recount, many sailors saw a lady dressed in armor who looked at them with a fierce expression and who sent back the bullets from their cannons to them. Finally, the Christians won, upsetting the Muslim threat to Christianity. All of this happened on October 7.

St. Pious V did not need a mail service to notify him of the Victory 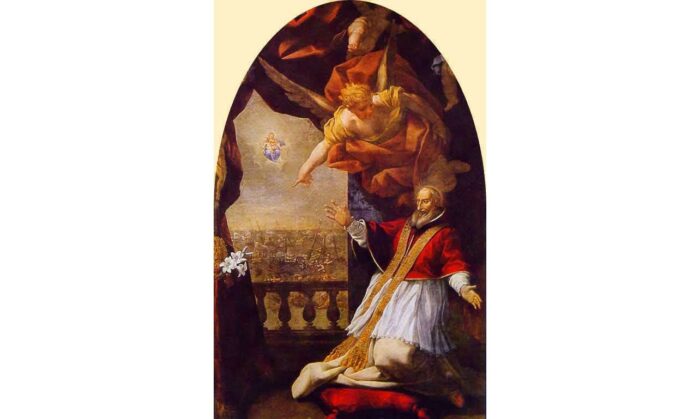 On that day, after leaving the chapel, the Saint announced to those present that Our Lady had granted victory to the Christians, something that was later confirmed by the victory message sent by Don Juan of Austria on October 21. The Pope, looking out of his window, had a vision of the victorious battle that had just ended.

Years later, Prince Eugene of Savoy defeated the Turks again in the battle of Temesvar. Since Clement XI attributed this victory to this avocation, he extended the feast of Our Lady of the Rosary to the entire Church.

Surely, the Virgin is fond of this devotion. In Lourdes and Fatima, She appeared with a rosary in her hand. In Fatima, she was very clear about the benefits of this prayer, which many call the devotion of the predestined.