Valley of the Fallen: Spanish government to remove Benedictines and may demolish world’s tallest cross

“The presence of the Benedictines in the Valley of the Fallen is incompatible with the resignification of this place,” said the Government’s Vice President Carmen Calvo. 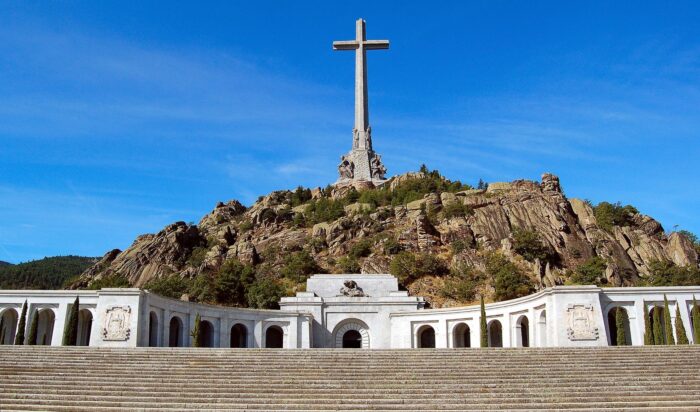 Madrid (September 17, 2020, Gaudium Press) —   Yesterday, the Council of Ministers of Spain approved a draft bill of historical memory, which will now be called “Democratic Memory”. (To see the Original draft in Spanish, click here)

This legislation would update the historical memory law passed under the Rodríguez Zapatero government in 2007.

The draft seeks, among other objectives, to proceed to a “resignification” of the site – criticized by sectors for the exaltation of the Franco regime – so it becomes a “civil cemetery”. In this manner, the “valley of the Fallen” will be under the custody of National Heritage and not by the Foundation of the Holy Cross, belonging to the Benedictine order, also responsible for the abbey of the Valley. The Foundation of the Holy Cross would be extinguished.

“The presence of the Benedictines in the Valley of the Fallen is incompatible with the resignification of this place”, has declared the government’s vice-president Carmen Calvo. “Both public and private foundations that have a public repercussion cannot exalt the dictatorships or the totalitarianism or the corresponding figures”, She added. The accusation to the Benedictines is qualified as unfounded. It is not clear why the presence of this community would be against the proposed ‘symbolization’. The Benedictines are fundamentally dedicated to contemplation.

What is the ‘Valley of the Fallen’?

Located a little more than 50 kilometers from Madrid, nearby the Escorial Palace, ‘Valley of the Fallen’ consists of a climbing wall, an esplanade, a basilica and an abbey. The monument was built from 1940 to 1958, under the regime of Francisco Franco. There are over 30,000 combatants from the Spanish Civil War buried there, from both sides.

Until last year, Franco himself was buried there, when his remains were moved to the Mingorrubio cemetery in Madrid.

One of the highlights of the Valley of the Fallen is his 150-meter high cross, the tallest in the world, whose survival is in doubt.

In fact, Vice President Calvo also declared that they will “reflect” on its final destination. Podemos, the political party that governs Spain in a coalition, presented a bill in 2018 calling for the demolition of the cross, the best-known element in this valley. Because of its size, the cross has great significance for Catholicism worldwide.

Both the law of historical memory and the draft in question, are widely criticized for not promoting the final reconciliation of the Spanish; rather, it wants to revive conflicts that have been largely overcome, but whose legacy still lingers in the hearts of many Spaniards. Demolition of the cross, some say, would revive the phantoms of religious persecution that in Spain had traces of the greatest cruelty in the history of mankind.